The Smart Buildings Center (SBC) and Building Operator Certification (BOC) program are proud to announce the 2022 BOC Operator of the Year: Matthew Wardell, Building Maintenance Supervisor for the City of Kentwood, Michigan. 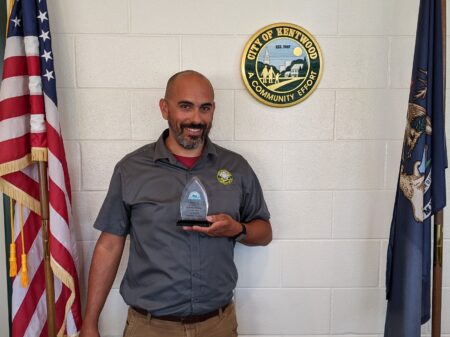 In his role at the City of Kentwood, Matt manages nine city buildings, four of which are staffed 24 hours a day. Matt was pivotal in completing the Consumer’s Energy Building Tune Up Program in four City of Kentwood owned buildings from 2020 to 2022. The buildings were benchmarked using Energy Star Portfolio Manager, and all four buildings were significantly improved by Matt’s efforts. His BOC training and hard work translated into the following:

The SBC and BOC program applaud Matt on his efforts to improve the City of Kentwood’s building energy performance and congratulate him on being named as 2022 BOC Operator of the Year!

Know someone who deserves recognition for their work in the industry? Nominations will open for the 2023 BOC Operator of the Year award in May, so stay tuned!

Your email has been added to the Smart Buildings Center mailing list for information about events and smart building news.

The U.S. Department of Energy Announces the Buildings Upgrade Prize